Some corporate culture experts point to Black Lives Matter. Others say it’s the harrowing work life decisions imposed on CEOs during the pandemic. Still others trace corporate engagement on social justice issues to the early days of the #MeToo movement.

Jeff Stoner, an executive coach in Minneapolis, said he’s been answering deeper questions from his corporate clients about goals and priorities for years.

“I found in so many of my coaching engagements that we were talking about things that could be defined as spiritual or faith-centered,” said Stoner, senior vice president at a major business consulting firm.

These leaders do not ask themselves these questions for themselves. What’s best for the bottom line is no longer found just in a balance sheet, but in ethical calculations that impact a company’s ability to hire top talent from a high-volunteer workforce. , social engagement and notions of corporate responsibility in areas such as race, climate and even partisan politics.

While #MeToo caused self-examination in boardrooms and HR departments, it was George Floyd’s summer of 2020 that brought much of corporate America’s alignment with the Black Lives movement. Matter, setting a new precedent for social engagement. The awareness continued in the fall of 2021, when Bumble, Lyft and Uber made headlines for standing up against a new abortion law in Texas. Meanwhile, East Coast publishing staff members killed books that offended their employees’ policies.

“It was a market response on one level, and on another level it was an expansion of our own calling and sense of vocation as a seminary.”

Leaders are looking for help to decide what matters, for their company, for their employees and for them.

Several American seminaries, long training grounds for aspiring pastors and rabbis, have begun to respond to the need.

United Theological Seminary, a Christian seminary open to all religious and spiritual perspectives, has offered a Master of Arts in Leadership program since 2015. The two-year program combines theological training with practical leadership skills that can be applied anywhere. where, from congregational meetings to corporate boardrooms.

The program is an evolution of an earlier master’s program offered by the Religious Leadership Seminary. Kyle Roberts, dean of UTS, said the school dropped “religious” from the name to signal that the program was open to those with non-religious vocations.

“It was a market response on one level, and on another level it was an expansion of our own calling and sense of vocation as a seminary,” he said.

While the degree has been popular among nonprofit leaders, Stoner, the executive coach, was one of the first to arrive three years ago from the for-profit corporate sphere. Stoner said he did not expect to apply his theological training to his work; he first signed up to tackle spiritual and social issues following the murder of Philando Castile, a black man shot dead by a Minneapolis police officer, as well as events in his personal life.

“They gave me this permission to really explore my faith, my relationship to spirituality, social justice, racial justice, and social transformation in my American corporate context,” Stoner said.

A generation ago, business leaders were more likely to have grown up in a faith-based community. But spirituality and its values ​​are still valid.

“The spirituality has not diminished,” Roberts said. “It is always an integral part of the human experience, of the human condition and of human values.”

Students in the MAL program tend to be spiritual rather than religious and come from a wide range of backgrounds, according to Justin Sabia-Tanis, director of the social transformation program.

As much as seminaries fill a need in corporate America, they also adapt to what the decline of institutional religion has inflicted on them. In today’s more spiritually diverse religious landscape, there is less interest in traditional church ministry.

Over the past six years, 43-45% of Yale Divinity School students have been enrolled in the school’s two-year Master of Arts in Religion program, a customizable degree for students pursuing an education or role that does not require ordination. More than half (56 percent) of this year’s incoming class is in an MAR program. 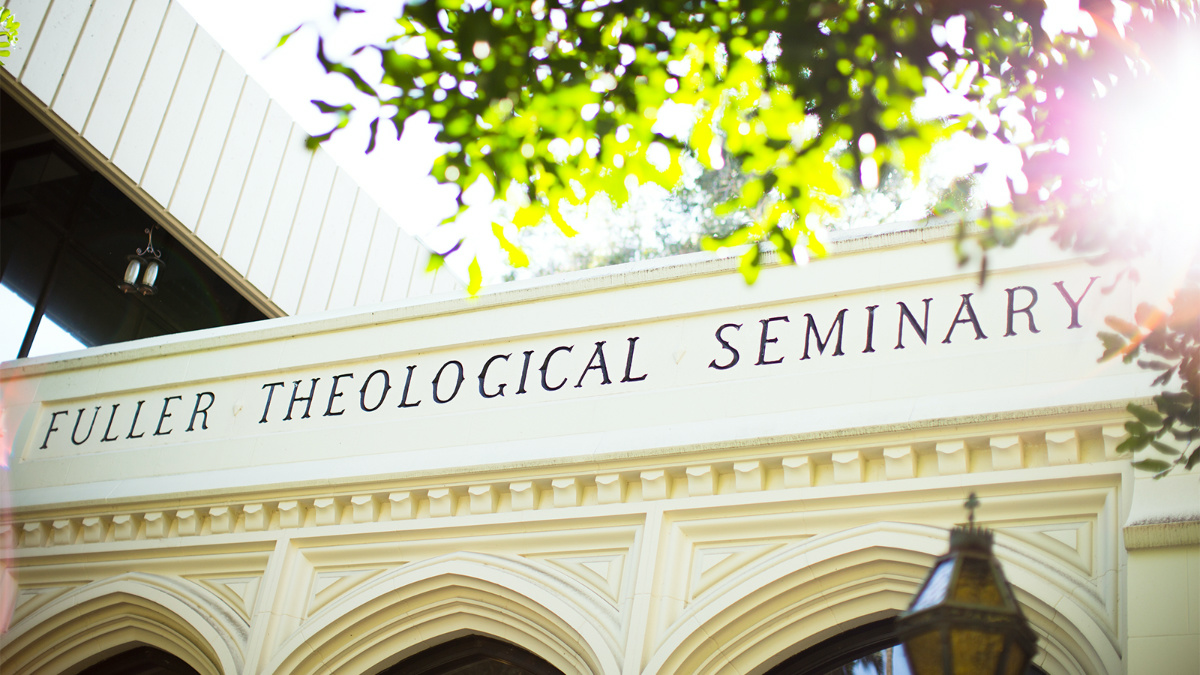 At Fuller Theological Seminary in Pasadena, Calif., “about half of Fuller graduates use their Fuller training in settings that go beyond the typical church and congregational settings,” said Marcus Sun, vice president. President of Global Recruitment, Admissions, Marketing and Retention at Fuller. Religion News Service in an email.

In October, Hartford Seminary in Connecticut was renamed Hartford International University for Religion and Peace. The new name better reflects the school’s purpose — it hasn’t ordained a clergyman since the 1970s — and its offerings, which include degrees in interfaith studies and international peacebuilding training and religious diversity for professionals.

“I kept running into this issue of our name and having to explain to people that we’re not really a seminary,” said Joel Lohr, who became the school’s president in 2018. People were asking, ‘What church are you affiliated with?’ But we are not associated with the church. Forty-five percent of our students are Muslims.

Launching in the fall, Hartford’s Religious Diversity Classes aim to demystify religious dress and grooming codes, diets and holidays. Lohr told RNS that he hopes the trainings will help employers retain the right talent and develop a genuine interest in what gives meaning and purpose to their employees.

But some seminary alumni say the traditional divinity classes have been most valuable to their careers.

“The skills ministers bring to their jobs are the skills business schools want to impart to their students and CEOs want. They want empathy, connectedness with others, active listening,” said Karim Hutson, who founded a real estate development company called Genesis after graduating from Harvard Business School in 2003 and Harvard Divinity. School five years later. 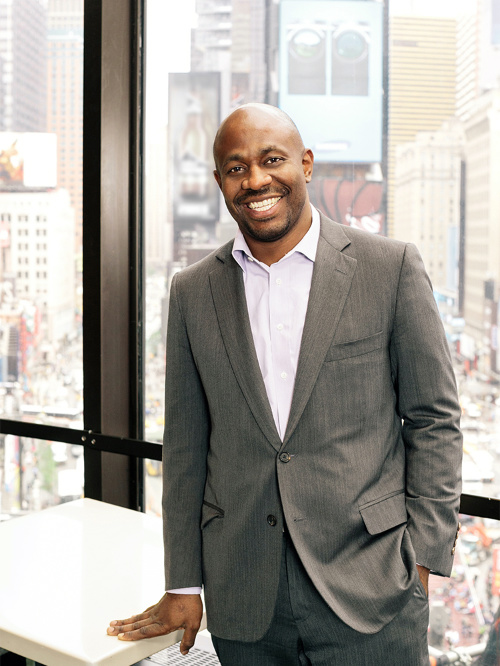 Genesis, which works with mixed-income communities on real estate projects, is based on what Hutson learned in a Hebrew Bible course he took in theology school while earning his MBA. He taught that at the dawn of creation, water existed before God created light.

“No community development or redevelopment plan is about building something out of nothing,” he said.

Harvard Divinity, which has offered courses and events on business and ethics in the past, is currently home to a group of students studying responsible management practices. But Hutson said the most influential courses he took in theological school were not in business, but in pastoral care.

“What’s a leader if he can’t actively listen? If they can’t make people feel heard? What if they don’t understand how to be assertive and talk to people in a way they can understand and relate to? ” he said.

These questions about leading other people naturally lead to the changing role of corporations in their communities. In 2019, Yale Divinity School hired Alison Cunningham to oversee the school’s nonprofit internship program. The longtime CEO of a nonprofit serving the homeless, Cunningham also teaches a course on nonprofit management — the latest iteration has placed students on nonprofit boards.

Cunningham said theological training helps leaders think deeply about the impact of their work outside of the corporate campus.

“What is our philosophy for running this non-profit or company? How are we responsible to our community? What does justice mean in this context? That’s the kind of education we provide here,” she said.

It’s easy to imagine companies looking for seminars for people to lead their social engagement efforts, and a more diverse leadership class. In fall 2021, Fuller added a fully online Master of Arts in Justice and Advocacy program. The degree provides a biblical foundation for students who wish to work in community organizing, community development, or nonprofit work. 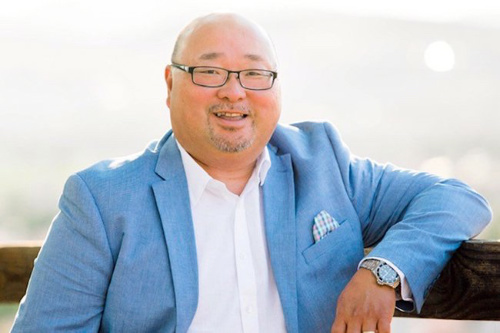 A few miles north of Silicon Valley, another California school offers an online program for leaders interested in spirituality and justice. In the spring of 2021, the Ignite Institute, an enterprise of the Pacific School of Religion in Berkeley, California, launched a new wisdom-based leadership cohort program. The six-week program was designed for ages 20 to 35 and people of color.

“We really need a new way of leading,” said Ignite executive director Byron Chung. “As a father of three 20-year-olds, I fear that we are losing a generation of young people who isolate, get angry and disengage from the issues around them. We need to wake up their agency and help them see something new.

Although the Pacific School of Religion is affiliated with three major Protestant denominations, the Ignite Institute utilizes a “cross-spiritual” framework that centers the contemplative wisdom of underrepresented communities.

Areej Masoud participated in the first wisdom-based leadership cohort and is now a co-host of the program. A faith-based community organizer and Bethlehem-based entrepreneur, she says, the cohort teaches how to lead with compassion, rather than “lead by the status quo.”

“The teaching of Ignite was needed decades ago,” Masoud said. “We need healthy leadership, especially with all the challenges we have in the world.”