Last month, I mentioned that I would be devoting my one-off columns from January through September this year to reconnecting with past Top Shops Honors program winners from each of the last nine benchmarking surveys. Since Ted Toth suggested the idea of ​​contacting the previous winners some time ago, I’ve reached out to him for this month’s column.

Formerly Toth Technologies, its 2012 winning shop was acquired by its customer that year, Rosenberger North America, a manufacturer of radio frequency connectors and related components and assemblies. “Since 2012, I have gone from President of Toth Technologies to Senior Technical Advisor for Rosenberger NA,” says Toth. “I’m now the Ideas Manager, looking for ways to improve and add or subtract processes to increase productivity. And now that we’re part of this larger company, we’ve had the backing to make bigger investments in new equipment and capabilities. For example, we quadrupled our Swiss machining department, updated or replaced most of our older CNC milling machines, added HMCs with pallet changers, and invested in five-axis equipment. We now have over 50 CNC machines in our Pennsauken, New Jersey factory. “

Joel Antipuna, general manager of Operation Pennsauken (the company also has a factory in Akron, PA), says annual sales have increased 215% since 2012. In addition, the number of employees has increased from 30 to 80. But Mr. Antipuna notes that beyond increasing its workforce, investing in the skills and confidence of its employees, in particular through leadership training, has helped boost the company’s growth. .

“Our extensive leadership training is the key to our current and future success,” he says. “The goal is to promote from within before looking outside of our organization, and that is only possible by having an empowered and well-trained team. “

Rosenberger NA launched its leadership training program in 2014, led by its then National Sales Manager, Frank Zaccardo. Mr. Zaccardo had employed leadership training for the company’s sales force, and he and Mr. Antipuna recognized the value of providing this type of training to production employees as well. Unlike training for a specific task, leadership training would benefit employees both professionally and personally, giving them the confidence to effectively engage with others to overcome any type of challenge they might face. 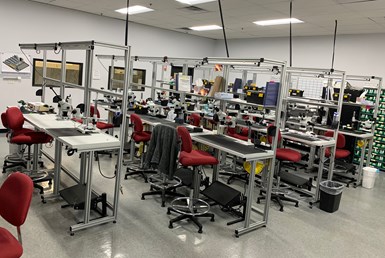 The program is based in part on the concepts that John Maxwell presents in his book “The 21 Irrefutable Laws of Leadership” and takes employees through several levels of leadership. Mr. Zaccardo leads weekly employee classes at company facilities in Akron and Pennsauken, and these employees are assigned projects to carry out in their spare time. He has since retired from Rosenberger NA, setting up his own consulting firm, Zaccardo and Associates, in Plano, Texas. He works mainly with Rosenberger NA and supervises courses (and offers personalized training for those identified as fast-trackers) via Skype.

Mr. Zaccardo says there are a few keys to being successful with this type of training program. One is to incorporate real-world issues that employees are currently facing into classroom discussions. “A given weekly lesson can break any of Mr. Maxwell’s 21 laws, but we encourage employees to present examples of challenges they face in relation to that lesson and open it up for class discussion,” he explains. 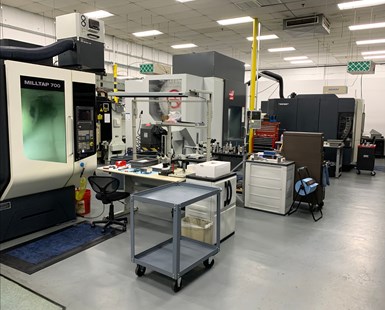 In addition, the classes should be kept small. “With large groups, a few people can dominate the discussion,” says Zaccardo. “This is less likely to happen with small groups. Initially 10 employees made up the class at Rosenberger NA, but class sizes now range from four to six, leading to more interaction and contribution from all.

Finally, leadership training should be continuous. He notes that occasional workshops are useful, but employees are unlikely to retain lessons learned if they don’t continually review and apply them.

To date, 30 Rosenberger NA employees have participated in its leadership training program. Not only did this allow the manufacturer to promote from the inside out, but it turned out to be a draw for potential new hires as they can see how the company fosters employee growth and offers clear career paths.

It seems that stores might have a hard time identifying tangible results of leadership development compared to conventional skills training, in which it is easily discernible whether a person can perform a new task or not. That said, the results of previous Top Shops surveys have consistently shown that the top performing machine shops in the United States use leadership training programs compared to the bottom performing operations. While the return on investment from this type of training is not so clear, major stores like Rosenberger NA recognize that the investment pays off.